(Solved) I'm nearly certain that I'm being serially upvoted, but it's NOT being reversed

There have been three occasions now when I've received a bunch of suspicious upvotes, and so far (edit: all five occasions), the system's failed to catch it.

The first time, I was literally sitting astonished at my computer screen watching about 5 upvotes roll in on 5 separate posts within the span of three minutes. The second and third times, I wasn't present at the moment I received them, but it was a large (well, large compared to my usual) number of upvotes within at least the same two minutes (I suspect nearly simultaneously) and all on separate posts (and let me mention that a lot of the posts were old enough that I wouldn't expect any votes on them). The third time was right about now, and it was the same as the second. They're still occuring, one-by-one, as I write this. Fourth time recently occurred. Fifth as well. This feels wrong, guys! 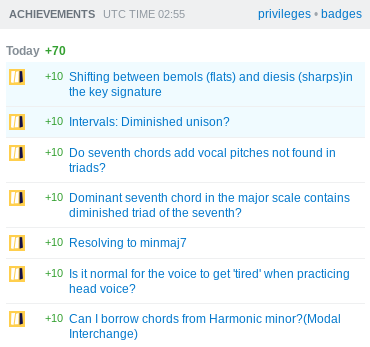 Now, I value my reputation as much as the next user (that is to say, a tad too much), but I understand why serial upvoting is a problem.

All three instances were long enough ago that the voting fraud detection script (hereby referred to as "nofair.exe") has already run, and no reversal has occurred. I suppose this means that the votes didn't trigger the script. I find it hard to believe that simply by random chance these reputation changes were done by different users.

Here's the images of my reputation tab (which I guess you could just look up from my profile, but I'll make it easy for you guys): 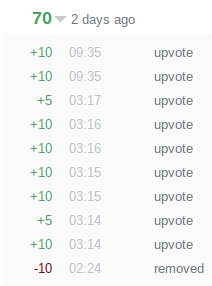 I suppose it could also be the fault of nofair.exe. Though the algorithm isn't publicly known, it's probably a pretty comprehensive one, and I'm not sure what could have fooled it if serial upvoting did occur.

Does anyone know what's going on here?

Also, to get a picture of how likely the random chance of simultaneous upvotes is for me, I've probably never had more than three posts get an upvote within 15 minutes of each other. And I don't even have that many posts (207, and the site has ~16,000 questions and ~42,000 answers), being somewhat new, so there aren't that many ways to even find my posts escept through the user profile.

And if you're reading this and you've been doing this, please read the link I provided above. If you wish to reward me for exemplary posts, or for some other (legitimate) reason boost my reputation, use the bounty system instead, though I promise I won't get mad if you don't :)

But please, don't just go to my user profile and upvote every post I've ever made. That impacts the value of the whole voting system.

Right coming from reading a question about tonality I‘ve got an idea how it could happen that many answers can be voted up in such a short time that you think „one couldn‘t read it so quickly!“

I first read the comments and answers and suddenly I found they are so great I‘m going to vote them up. And I was remembered to the phenomena you are describing here.

(Now I want to continue my reading...)

Former Music: Practice and Theory user Yubin-chan (née Maika Sakuranomiya) has claimed responsibility for all the instances of serial upvoting on my account.

The votes, obviously, have already been reverted (to the tune of -590 rep, amusingly), as the user is deleted on this site. Here's a comment from that user on another unrelated SE site: 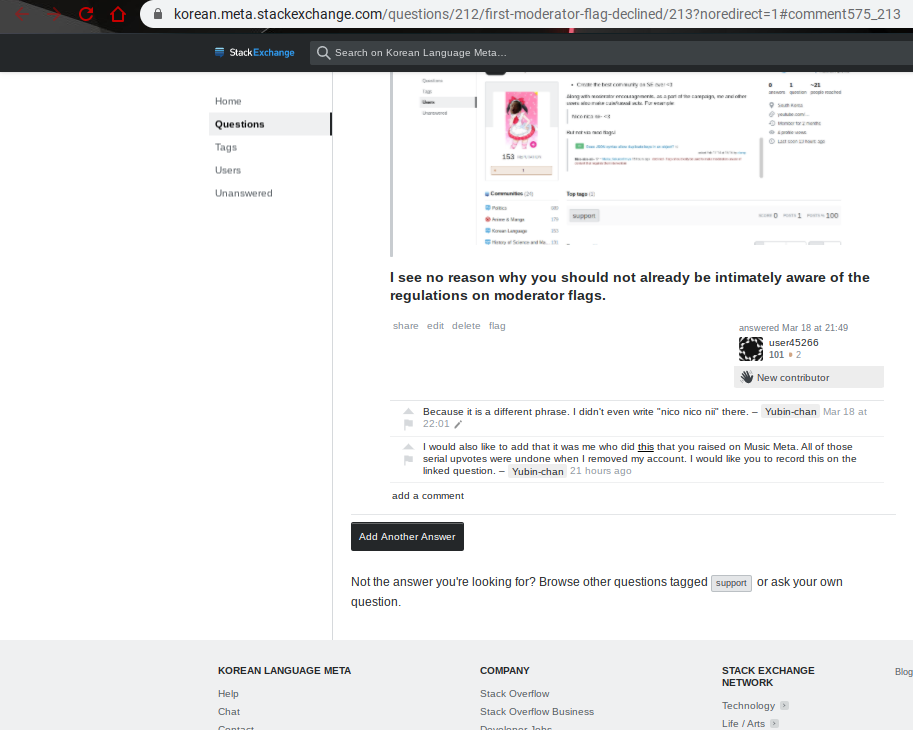 I still don't know why nofair.exe didn't catch it, though.

Not the answer you're looking for? Browse other questions tagged discussion support voting .