I recently answered a question, and I wanted to add notation to provide a better explanation.

I'm not yet as experienced as I'd like to, but I tested the code both in the sandbox and in the "official" editor, and they did look fine. After some changes, I did begin to face some strange issues. I tried to fix them, and I also faced unexpected and unreliable behavior (even when trying with private mode and after clearing the cache).

So, the code is in three parts (one for each example):

At the time of writing, I really don't know how this would result but I can provide screenshots of what I'm getting on my browsers. What puzzles me is that I get "wrong" result in newer (but not so-updated) browsers than in olders. 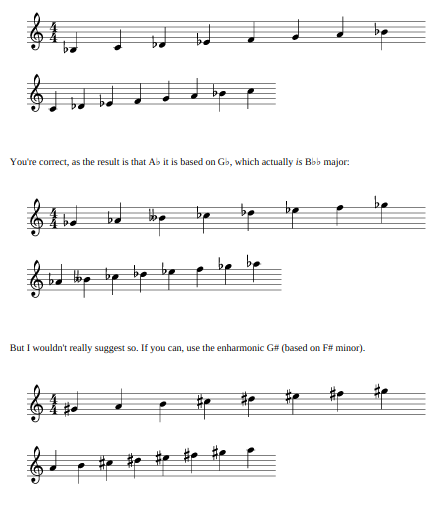 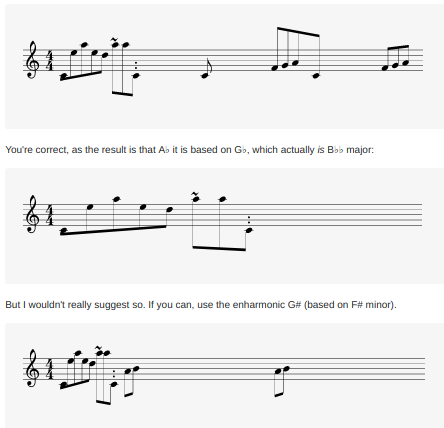 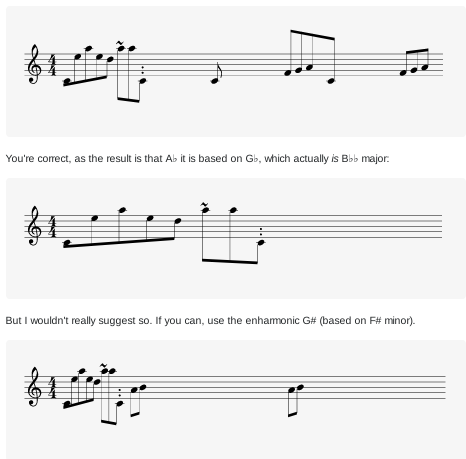 An interesting aspect is that with both Chromium and Firefox I can see, for an instant, the tab visualization.

I know that I'm not using the latest versions of any of those browsers (for technical problems, I cannot upgrade them right now), but I'm not sure about the source of the issue. I don't know if it's a cache issue, caused by my previous editing attempts (but I cannot absolutely be certain about it), as it took me a while to get the example as I wanted, but I'm also worried about people who cannot, for any valid reason, install a "recent" version of the browser.

2
What's with the Community user?
20
ABCjs integration now available
20
Documentation for ABCjs
3
How to display measure numbers in ABCjs?